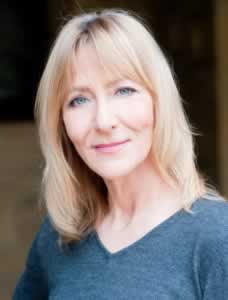 Pat Tyler (Costume and Prop Rental Manager) – has been working in some capacity at Palo Alto Players for 12 years. She is coming up on her 50th show as Properties Designer.  She’s also been seen on the PAP stage acting in Scapino! and Our Town (as Patricia Tyler), and costumed In the Heights.  Pat is looking forward to costuming 2 shows in the 2015 – 16 season, Clybourne Park and Into the Woods!  She is grateful and humbled to have won the 2014 TBA award for her costume design forAmadeus at CLTC.

Pat has a BA in Art and Theatre from Saint Norbert College in DePere, WI.  (Where, you say?)  She has lived on the West Coast since shortly after graduation and no, she does not miss the snow!  Her performance background is in mime, theater and film.  She was a founding member of the Seattle Mime Theatre and is a proud member of SAG/Aftra.  Pat is pleased to say that she has been able to avoid having to wait tables and to make theatre, in one role or another, exclusively her day job.

Send this to a friend